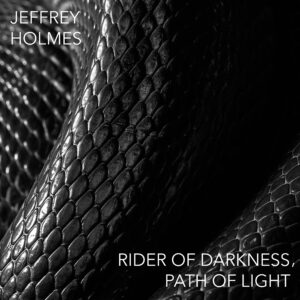 Urðarmána [Moon of Fate]:
The text of this monodrama for bass baritone and piano is in Old-Norse, and was mostly written by the composer, but also contains various fragments of text excerpted from ancient anonymous Norse Eddic poetry.  This work is one continuous monodrama, comprised of nine songs, each with its own prelude.  The overall shape of the work follows the dramatic nature of the text…which deals with mortality and destiny, wrath and acceptance, and violence and sublimity.  The construction of the piece features various “lietmotives” representing aspects such as fate, the cold wind, rain, the moon, the sea, cliffs on a mountaintop, etc.  These motives are bound together through the use of a unique non-octave and microtonal pitch language, and a symmetrical and proportional organization of form and phrase structures. Urðarmána is highly dramatic work, often violent, and traverses several scenes depicting the desolation of the ancient Nordic wilderness. 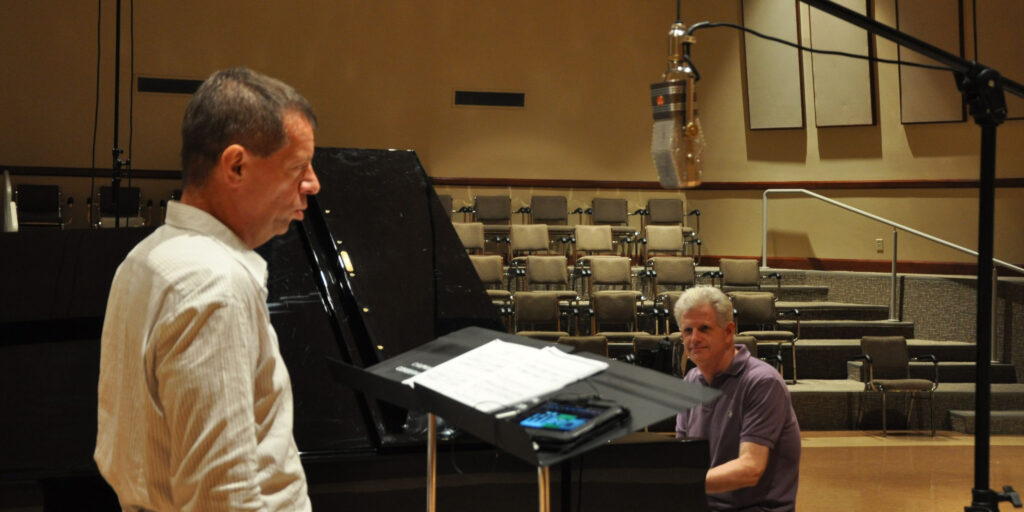 Hagall (Haglaz) [Hail]:
The title “Hagall” comes from the Old-Norse Runic symbol for hail (as in hailstorm). Hagall is the first of the “Winter” runes, implying a not yet fully-frozen landscape, but instead a period of transition and struggle. The individual runic symbol is accompanied by an ancient elemental poem in three parts, which creates the large-scale structure of the piece:

There are several references to “primordial” instruments, including: the contra-bass clarinet imitating a Nordic lure, the French and English horns imitating primitive cow horns, non-pitched percussion instruments (such as skinned drums, metal objects, and clay pottery), various “non-octave” scales and complex compound-rhythms, and a variety of microtonalities including several uses of the overtone series.

Hagall is an expressive and dramatic representation of a turbulent Scandinavian winter storm set in one large mythical arc, comprised of constantly varied landscapes of intense moods and esoteric images, creating an epic journey of death.

Thund [Thundering Waters]:
The title, “Thund”, is from Old Norse for “Thundering Water”, and is one of the many kennings attributed to a particular Scandinavian deity. Each of the three movements contain subtitles:

Thund is a piece about water through its various forms: first still and reflective form with gentle ripples; then a more twisting and moving form; and finally in its more violent and turbulent state. There are three themes that each appear in all three movements and are alternated, interpolated, and juxtaposed in various ways: a repeated chordal figure; polyrhythmic linear scales; and wide-range, fast moving arpeggios accompanied by trills.

Myrkriða, Ljósleiðá [Rider of Darkness, Path of Light]:
The monodrama Myrkriða, Ljósleiðá [Rider of Darkness, Path of Light] is a dramatic meditation on death, both the unknown and foreboding nature of its inevitability, as well as the imaginings of a resolved afterwards. Many individual theoretical and stylistic elements are employed: non-octave harmonies, various microtonalities including both equal-tempered and just-intonation microtunings, a variety of “leitmotif” like melodic motives; extended and developed rhythmic talas, large-scale formal proportional symmetries, and extended performing techniques such as: singing into the flute; a soprano part that requires percussion playing; various percussive and flamenco techniques in the guitar part; and bent vibraphone keys. This multi-dimensional musical language, supported by a strong rhythmic drive, serves as the foundation of Myrkriða, Ljósleiðá [Rider of Darkness, Path of Light]. With a text in Old Norse written by the composer, an ancient tongue blends two simultaneous stories: a difficult, violent, and painful journey toward the moment of death, represented by soprano and flute duo, and a recollection of the moment of death as remembered from a peaceful afterlife, where soprano and flute and joined by guitar and percussion. These two intertwined and interpolated stories build in intensity, approaching the moment of death from opposite directions in time, culminating in an ending a cappella soprano recitation, providing hope and solace. 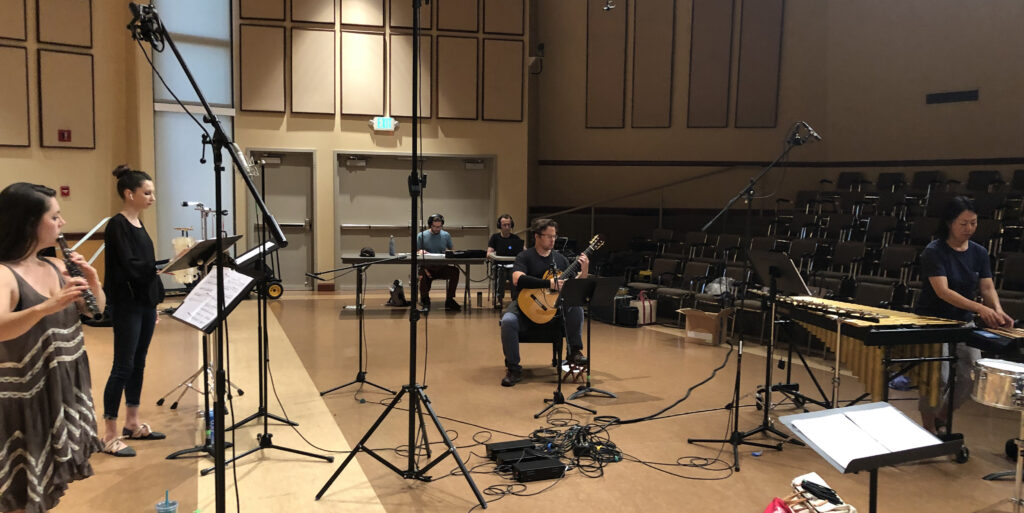 I. Þat vera Urðarmána. Ok var bæði hregg ok rota…at Urðarmána kom inn hvert kveld sem annat.
(It was a moon of fate.  Amidst both wind and rain…the moon of fate appeared every night as before.)

III. Ok var bæði hregg ok rota…Geirs Drottinn vaknaði, ok léz verr vera við Kristr alla tíma siðan.
(Amidst both wind and rain…Lord of the Spear awoke and said that from now on things would be worse between him and Christ.) 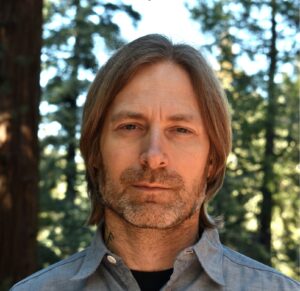 Jeffrey Holmes composes post-spectral, teleological music incorporating elements of mysticism and lyrical expression. His creative inspiration is rooted in primitive myths, transcendent legends, and dramatic elemental landscapes in their primal and violent natural states. As a traditionalist, he composes music for acoustic orchestral instruments, using standard notational methods; as a formalist, he works within a complex and unique non-octave diatonic, chromatic, and microtonal language; as a transcendentalist, he combines the inherent abstraction of sound with a greater meaning and possibility of interpretation through the use of lyricism and overt expression.

All Compositions by Jeffrey Holmes, BMI
All works published by: Composers Edition (London, UK) – https://composersedition.com
Hagall (Haglaz) was made possible by a grant from the Jebediah Foundation New Music Commissions, with special thanks to Kate Vincent.