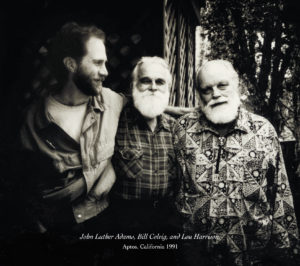 These first recordings reveal many new aspects of these two pillars of American Music. Lou’s influence on the younger composer directly affected these two sets of infectiously tuneful Alaskan dances, not only in his use of pure tunings, but also by the elder’s respect for indigenous music. Harrison’s two charming Harp Suites are filled with music only recently discovered in the composer’s notebooks after his passing in 2003. The album concludes with the joyful sound of harp & gamelan in Harrison’s In Honor of the Divine Mr. Handel.