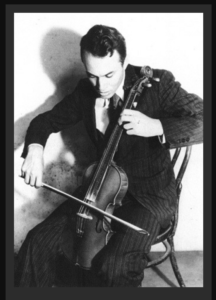 1942 was a pivotal year for Harry Partch. After more than a decade of obscure but steadfast devotion to his unique musical vision, his bold move from the idyllic isolation of California’s Big Sur to the busy streets of Chicago brought him new recognition, putting him before a series of audiences across the Northeast. Those performances were the springboard that soon catapulted him onto the stage of Carnegie Hall, the pages of the New York Times, and eventually secured his place in the pantheon of great 20th Century composers.

Luckily, one presentation of his radically new “Speech Music” was recorded at the Eastman School of Music. These long lost direct-to-disc recordings reveal not only a charismatic lecturer but also a powerful performer, able to transform his arcane theories into captivating music. These are the earliest recordings of this unforgettable repertoire—including Partch’s only solo recording of his famed hitchhiker saga Barstow—captured in stunningly intimate detail. The Grammy winning author & producer traces the composer’s arduous steps, aided by facsimiles of his letters, scores, and rare photographs, revealing Partch’s tenacious wit, dark sense of humor, and above all, his unfailing creative genius. LIMITED EDITION: Hardbound book, 72 pages, 38 photographs

“This hour with the master sheds light on his theories, his art, and his genius…It is a beautifully conceived and executed release…a valuable historic artifact and a “fetish level” collectible…(Of course you can get the excellent recording and the texts, learned liner notes, and historical photos on a pdf file, the recording on a digital file, but collectors will long cherish this museum quality document. Suffice it to say that some of my Christmas shopping is done now.)

…So whether you just want to hear the performance or want to own this objet d’art in all its glory this is a fine way to introduce yourself or a friend to this unique American genius.” — New Music Buff

Harry Partch, 1942 provides a wealth of material that illuminates an active and highly developed intellect that will cause even the most doubtful listener to reconsider the value of his work… a brilliantly organized portrait of the events in a critical year for Harry Partch – and for new music in general. This handsome book, with its meticulously engineered CD, belongs on the bookshelf of anyone who is studying or working in alternate tuning. — Sequenza 21

“Stunning…when I got to the end of the CD and picked my jaw up off the floor…it sounds like something Tom Waits might have performed at a late night dive bar open mic on a snowy Tuesday night in December.” — Audiophile

“Now, this priceless recording, its sound brushed up into its Sunday best, is where it belongs – before the public…It’s so much sheer fun that you’ll want to keep coming back to it.” — Music Web International