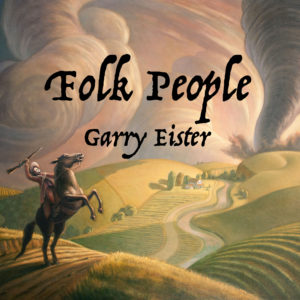 Since proper folk songs don’t have authors, it is most common to find them, in printed anthologies, organized by some combination of song functions, such as lullabies or dance music or courting songs, or by the regions of their origins- Appalachian songs, Western Expansion songs or by some other means of grouping, such as labor songs, sea shanties, Civil War songs, African American Spirituals, etc.. And since folk singers frequently set out to tell stories in their songs, it is not surprising to find a stock set of characters peopling the songs: the courting couple, the repenting prisoner or outlaw, the nonsense-spewing sailor are examples. On setting out to write my “Folk People,” my guiding idea was to use these stock characters, but to set their stories in a rather more complicated way, a manner that is more suited to concert hall presentation than it is to a campfire or living room rendition.

Eschewing the Martin-style acoustic guitar which is probably the paradigmatic instrument of campfire and living room American folk culture, the accompaniment of my “Folk People” set is composed for a National Reso- Phonic just-intonated tri-cone. Resonator guitars are probably most associated with the blues and bluegrass music, but I find them to be excellent concert instruments because of their complicated, expressive tone and ability to be played quite loudly. The sweet and sour nature of the JI tuning is also, for me, a good fit for these songs, the folk music in which they are rooted not being overly concerned with the regularities of equal-tempered tuning.

As to the particulars of the songs: “Johnny and Polly” is a courtship song telling of an evening encounter be- tween two engaged young people. During its course, Johnny tries to convince Polly to sit with him on the “shadow dappled ground.” She demurs and asks Johnny to sing for her “of the Spring.” He obliges with my folk- songish re-working of the old English song “The Lark in the Morning.” Polly does agree to dance with Johnny briefly, but in the end, she sends him packing, vowing to dance with him again on their wedding day. “The Prisoner” is a picture of a prisoner passing time in his cell, re-playing the details of his crime and regretting the havoc he has caused his innocent family. “Pretty Little Horses” starts as a simple lullaby, but it becomes a drama when it is revealed that we are eavesdropping on a father and child at bedtime, as the child reacts to the particulars of his father’s song. “The Hearty Bounty” is a collection of silly cliche-like sailorisms of my own invention. The sub- title of “Cody’s Calf” is “A High Plains Blues.” Since the title is meant to be evocative, I’ll leave it to the listener to invent some story to which this instrumental number and its title might be attached. “From the Autobiography of Mother Jones” is literally that. Famously, in her auto- biography, Mary “Mother” Jones chronicles the great disparity of wealth between the bosses and the workers in 19th Century America and of the Labor Union Movement that rose up in order to change that social order. But in addition, Mother Jones’ book tells of her personal hardships, and my telling of her story spends more than half of its time recounting this lesser known aspect of her life.

Garry Eister’s music has been performed by the Emerson String Quartet, Kent Nagano, the Cleveland Chamber Symphony, orchestras in San Luis Obispo, CA, and Cottbus and Chemnitz, Germany, the San Francisco Guitar Quartet, the Glass Duo, verrophonist Philipp Marguerre, the ensemble-FRET, guitarists Jon Mendle, John Schneider, and Peter Yates, vocalists John Duykers, Jonathon Mack, and others. Eister’s compositions have been heard at numerous venues around the world, including Carnegie Hall, Wigmore Hall, the Kennedy Center, LA’s Microfest, The La Guitarra California Festival, and at concerts in Tehran, Copenhagen, Warsaw, Paris, Oslo, Stockholm, Vienna, a number of cities in Holland, Germany and Poland and at other cities around the world. His work has been broadcast on NPR, PRI, many European national radios, German TV and CBS TV. Eister has concertized with Daniel Lentz, Steve Reich and John Schneider’s Harry Partch band. He has recorded with Linda Ronstadt. His recorded works are available on SONY Classical, Archer Records, the SFGQ label, and Soliton Records. In 2012, Eister was nominated for a Grammy for his performance as a soloist with the ensemble PARTCH, on the album “Harry Partch: Bitter Music.” For more information visit www.eistermusic.com.

“FOLK PEOPLE” was recorded by Garry Eister at his home studio during the Winter and Spring of 2019. The tracks were recorded at 24 bits per sample and at a 96k sampling rate. Mics: Pearlman TM1; Neumann KM184; AT 4050. Preamps: Safe Sound Audio P1 and Summit Audio 2BA-221. Computer interface and A/D convertor: Sound Devices USB Pre2.

Cover Painting: “Nothing to Lose” by Mark Bryan. Used by permission. www.artofmarkbryan.com 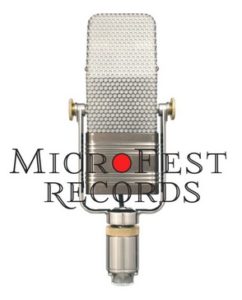