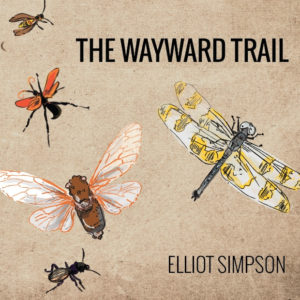 Using a guitar invented in 2002 by Lou Harrison, the Godfather of World Music, ELLIOT SIMPSON brings us new music written for a ‘folk’ guitar tuned in pure intonation (that’s right, the frets are *not* where you expect them to be). Exquisite harmonies and melodies that you’ve never heard before burst from this special ‘steel guitar’ in music that is at once captivating, tuneful, mournful, exuberant, startling, and downright addictive.

Walter Zimmerman opens the album by weaving a shimmering web of harmonics that welcomes you into this brave new world of pure harmonies. David Doty’s Steel Suite of marvelous dances tips it hat towards the music of several cultures after an evocative Prelude, while Larry Polansky sets infectious traditional folk tunes, bookended by exploratory ‘Toods’ that surf the more dissonant side of this extraordinary instrument. Ezequiel Menalled closes the album with an atmospheric journey through deep inner space, navigating the new universes of sound to be found in the infinitesimally small distances between so-called microtones.

And Elliot Simpson? Here’s what the American Record Guide said of his recording of Henze’s “Royal Winter Music:”

“He is a spectacular player and artist, fully up to the demands of this music. He has an impeccable technique, the intellect to comprehend and convey the works, and enough heart to hear the beauties behind the forbidding exterior…This is some remarkable music making.” – American Record Guide

Wait until you hear him play THIS music….